“Give to everyone who asks you, and if anyone takes what belongs to you, do not demand it back.” Luke 6:30 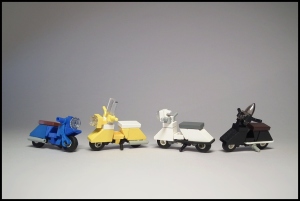 My sister was telling me this weekend that she feels compelled to help people. She sees a family, apparently destitute, languishing in an un-air-conditioned car in 98 degree Texas heat outside a grocery store. How can she give them air conditioning? she anguished. Knowing that we are still reeling financially from our move, she brought her family down for the weekend and bought all the food – and then some – for our “Cinco-de-Julio” celebration. She left us with a fridge full of food and hearts overflowing, where we might have otherwise felt spent from the expense of hosting guests. As I told her, it was both her “presence” and her “presents” that blessed us beyond words.

Luke 6:30 is the verse that compels her to give. She tries to teach her children this kind of generosity. When her son loaned a scooter to a neighbor, he naturally complained that the boy hadn’t returned it. It’s a tough lesson to accept that Jesus wants us to not demand it back. But I thought, suppose her son doesn’t demand it back, and he sees that neighbor boy riding it day after day like it’s his – well that might feel uncomfortable to see, right? But Jesus calls us to a life that’s uncomfortable – that’s in direct opposition to our human “wisdom,” sense of fairness and right.

Later, the discussion of “karma” came up as the cousins played together and we adults sat around the table chatting while we waited for the lasagna to cook. I tried to recall a quote by Bono, of U2, who is a believer in Christ. I really did a hack-job of it, in retrospect, because all I could come up with was the concept that karma is the idea we are perhaps born with – that “what comes around, goes around.” That people must always pay for their mistakes. That those who do wrong deserve punishment. Well, maybe that’s in our human nature because its essentially true.

But Christ came and upended karma entirely. He made it obsolete. We don’t have to pay for our mistakes, because he did. It’s mind-blowing. It empowers us, too, to act in beautifully “unfair” ways to others – like not demanding our scooter back. I have quite a way to go in learning and living this. But to say I was inspired by my sister’s Christlikeness is a huge understatement. And if her son is able to act out Jesus’ teaching and not demand back his scooter, I wonder if that neighbor boy will just wonder a little bit; What makes Christian different? Any other kid would be knocking on my door by now, maybe even have his mom by his side. What makes a person give and not expect a return? It’s counter-culture living that draws attention to the abolisher of karma; Jesus Christ. You MUST read the piece describing Bono’s thoughts on karma…

Bono on the difference between Grace and Karma 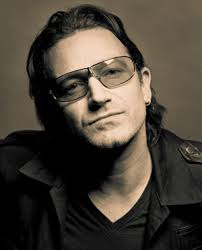 I particularly love this part: “Grace defies reason and logic. Love interrupts, if you like, the consequences of your actions, which in my case is very good news indeed, because I’ve done a lot of stupid stuff.” 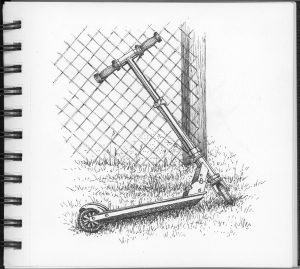